A Place in Time - A Panel Discussion

Giving Setting the Attention it Deserves


In historical fiction, time and place are often as important as character and plot. In this session, our panel of experts will share details on how they make important stories set in the past come alive and resonate with today’s readers. Be sure to check out the profiles of our esteemed and lively panelists, including prolific writer, Beverly Jenkins, whose "Bring on the Blessings" series was just optioned by Al Roker Entertainment for a new "Hopetown" social impact television series. Scroll down for full speaker bios. Click on any presenter's name to go to their website. 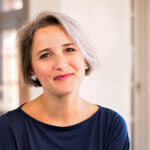 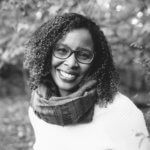 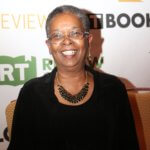 Rachel Beanland is the author of the debut novel, Florence Adler Swims Forever, which was released in July of 2020 by Simon & Schuster. The book was selected as the Barnes & Noble Book Club pick, and was named a Featured Debut by Amazon and an Indie Next pick by the American Booksellers Association. It has appeared on the summer must-read lists of Good Morning America and Parade magazine, and was recently named one of the best books of 2020 by USA Today. Rachel has an MFA from Virginia Commonwealth University and lives in Richmond, Virginia with her family.

Lauren Francis-Sharma is the author of Book of the Little Axe and Til the Well Runs Dry, awarded the Honor Fiction Prize by the Black Caucus of the American Library Association. Lauren is a contributor to Marita Golden’s anthology, Us Against Alzheimer’s, and her more recent work can be found at ElectricLit.com, Barrelhouse.com and The Lily. A former corporate lawyer, Lauren is a MacDowell Fellow and the Assistant Director of Bread Loaf Writers’ Conference.

Beverly Jenkins is the nation’s premier writer of African-American historical romance fiction, and specializes in 19th century African-American life. Ms. Jenkins is the 2018 Michigan Library Association Author of the Year, a USATODAY best-selling author, an NAACP Image Award nominee, and the 2017 recipient of Romance Writers of America’s Nora Roberts Lifetime Achievement Award. She has over forty- five published novels, and has been named to many Best Book of the Year lists, including NPR and the American Library Association. She speaks widely on romance, writing, and African-American history. Ms. Jenkins' "Bring on the Blessings" series was just optioned for a social impact television series by Al Roker Entertainment.

This Panel Discussion is available through March 31

The Encore! slate of courses made available on this site is made up of programs best received by our James River Writers community. This course is presented by more than one subject matter expert for varied perspectives. For more information, please see the course details.

First Section
Available in days
days after you enroll

When does access to this Panel Discussion start and finish?
Access to this Panel Discussion begins when you complete your transaction/purchase. You have until March 31, 2021 to complete this class.
When was this class recorded?
This Master Class was recorded in October 2020, at the 18th Annual James River Writers Conference. Mark your calendar for October 8-10, 2021 for the 19th Annual James River Writers Conference!
What should I expect from a JRW Panel Discussion?
Our lively, moderated panel discussions are presented by a slate of skilled professionals, with varied perspectives, who share their extensive knowledge and expertise. This course is approximately an hour long, and includes Q&A with those who attended the live event. These panel discussions are patterned after James River Writers' popular Writing Show programs and are designed to share practical knowledge, paired with inspiration for the writing craft. To find out more about The Writing Show series presented by James River Writers, visit jamesriverwriters.org/writing-show.
Who should take this course?
Our panel discussions are designed to address the needs of writers at all levels of expertise. Most content proves to be applicable across all genres, but please use your best judgment when choosing which classes will be useful at this point of your writing journey. If you're looking for writing inspiration, paired with great takeaways for your writing craft, this course is for you! While our classes are available to both JRW Members and non-members, JRW Members do enjoy discounted rates. Visit jamesriverwriters.org/membership to sign up and enjoy your discounted rates as a JRW Member.

This course is closed for enrollment.